Woo Hoo! --Yesterday I found out that I’d passed my first Tae Kwondo grading and thus earned a saucy yellow stripe for my weedy white belt, and the designation "9th Kup".

Although the cynical side of me reckons that you’d pretty much have to run up and shit full in the examiner’s face to fail your first grading [After all, they dinnae want to discourage you, just as you’re starting out], I’m still quite chuffed. It’s the first time I’ve ever been awarded anything for physical activity [unless the slow handclaps from innumerable sexually disappointed girlfriends over the years counts?]

Only nine more gradings to go until I’m a black-belt! 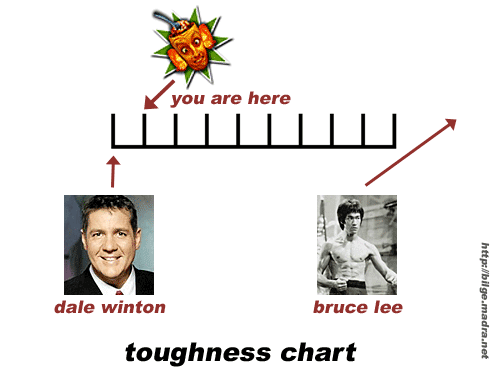