Check out this pretty cool screengrabbing app, that i’ve just stumbled across. It’s called Layers and what sets it apart from the eleventy billion other screengrab apps out there is that it captures your screen to a layered Photoshop file: 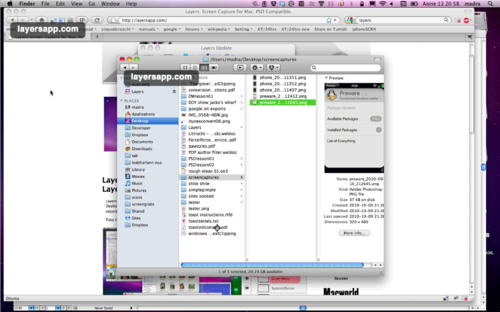 Every window, every dialogue box is captured and placed on its own layer - even the ones that are hidden behind other windows. even things like hard drives on the desktop, menubar icons and the cursor get their own layers --all nicely named and organised: 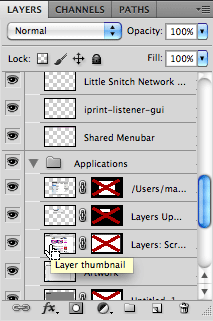 Alright, I’ll admit i’m a bit of a geek [although I prefer the term CyberPunk!] but this is the cleverest thing i’ve seen in a long time.