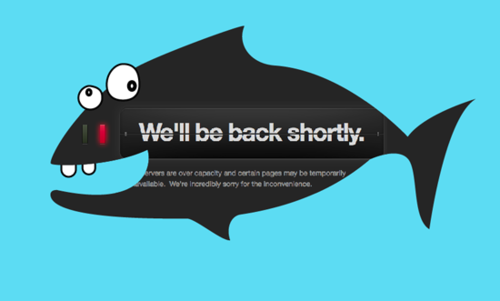 I’ve posted about it before and, no doubt I’ll do so again; I wish to feck Tumblr would bloody sort out their servers, so they’d actually make some token attempt at handling the traffic that the site attracts!

It’s doing my head in! --and today is even worse than usual. I’m currently averaging about four attempts for each page, before I can get the damned things to load. What makes it even more annoying is that Tumblr seem to do bugger all to address this issue. Here’s an article I found, dating back to the turn of the year, which compares the reliability of various blogging platforms. Just look how dire Tumblr’s reliability is, compared to the rest of the gang:

Sort it out, Tumblr!