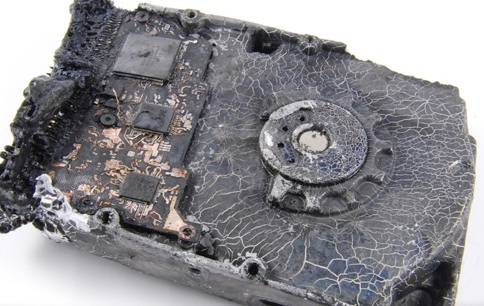 Being the nerdy geeks we are, the subject of backing up your computer came up in conversation and I said I’d write something about it on the blog. So here it is:

First off, if you’re not backing up your work, you’re an eejit. With so much of our lives stored in digital format these days, it’s madness to not have it backed up somewhere in case you fry your hard drive or have your computer stolen.

The most straightforward method is to use an external hard drive as a backup or to burn backups to DVD. I used to do this myself; I have about half a dozen old hard drives and a drawer full of CDs and DVDs at home, with work backed up from the last decade or more. The trouble with backing up in this way tho’ is that, as time goes by, the size of the ‘stuff’ we want to backup gets bigger and bigger and --if you’ve bought an actual hard drive for backing up on-- your storage capacity gets, relatively speaking, smaller and smaller.

A small fraction of my old backups: 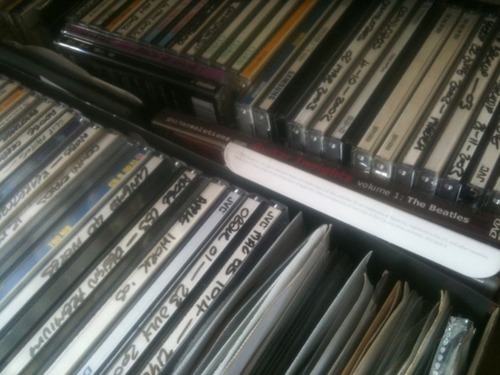 To illustrate this; the reason I have [as mentioned above] half a dozen hard drives and a drawer full of discs backed up is that --way back in the black & white days, when I bought my first mac-- it came with a whopping 2GB hard drive. This I supplemented at the time with a similarly gargantuan 250MB external hard drive.

Also, back in those days, rewriteable DVDs were yet to be invented so, when burning stuff to disc, we were limited to 640MB CDROMs. Hence the proliferation of archived discs and drives that I’ve accumulated over the years. Even backing up that miniscule 2GB hard drive took 4 CDROMS. Bulk-wise these old backup discs and drives take up several square feet of storage space in my flat. Capacity-wise, most of that stuff would probably fit on an average sized hard drive, by today’s standards.

I also remember about four or five years ago, buying an 80GB external Firewire hard drive to use as a backup. At that time my laptop’s hard drive was 20GB, so 80GB seemed like copious amounts of extra storage. However, 80GB nowadays would start to feel pretty cramped, merely after installing the system software and a handful of applications.

Apart from the built-in redundancy of buying actual hardware for your backups, there is the added problem of avoiding keeping your backup in the same place as the computer you are backing up. For example; if you keep your external hard drive at home, along with your computer and suffer a fire, flood or robbery then chances are your backup will be lost, along with your original data. The recommended thing to do is keep your backup hard drive in a separate location eg. at work, college or at a friend’s house. However this is a major pain in the arse as, having to physically shunt your backup drive from place to place each time you want to use it, is likely to mean you’ll not bother to backup as often as you should, in the first place.

So, what’s the answer?

Well, contra-intuitive as it may seem, I recommend using the intarwebs to backup your data [or more specifically that region of the intarwebs known as '` The Cloud’].

Even a couple of years ago, I’d have laughed at the idea of storing my backup data somewhere that needed an internet connection to access it and that would obviously involve paying someone to store it. However, I’ve changed my mind of late and am now using ‘the cloud’ exclusively as my main backup. Here are the reasons why I think it now makes sense to do so:

OK. Presuming you’ve stuck with me thus far, how do you jump upon the great cloud storage bandwaggon?

Well, I have two recommendations for you. One is a bit more user friendly, the other is fiddlier to setup, but cheaper. I use both these services:

Dropbox is probably the most elegant and most Mac-friendly cloud backup system out there. In essence, you setup a ‘Dropbox’ folder on your computer and anything you save into that folder gets automagically synced to your Dropbox in the cloud, whenever there’s an intarwebs connection available.

Your dropbox appears like a regular folder in the Finder: 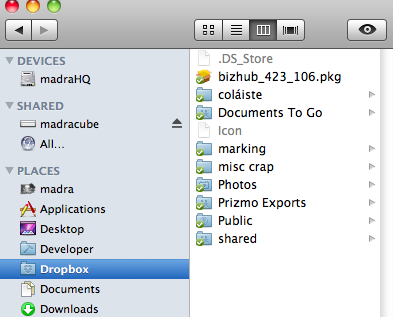 If you’ve got more than one computer, you can install Dropbox on both and anything saved into your Dropbox folder will be available on both computers and also backed up on the cloud.

Add to that the fact that there’s also a Dropbox mobile app for iPhone, Android or Blackberry and you can even get access to your ‘stuff’ when you’re not near any of your computers. 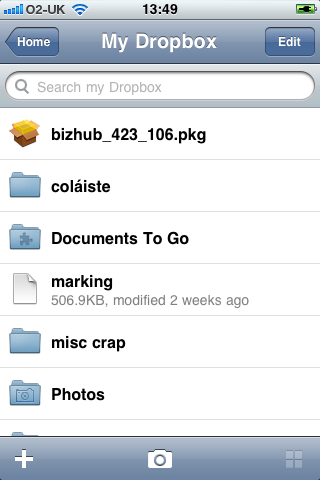 Dropbox offer 50GB storage for $99/year [£64] or 100GB for $199 [£128]. However you can also get a 2GB Dropbox for free which, whilst it willnae be big enough to backup all your stuff, at least allows you to try Dropbox out and keep your most important data safe. Signup link below:

The big advantage of Amazon S3 storage is in the cost. I cannae give you an exact figure for how much S3 storage will cost you because the pricing structure is quite complex, depending on how much you’re storing, how much uploading and downloading you’ve done that month and even where on the planet you’ve chosen to store your S3 data. That said however, convoluted pricing aside, S3 is much cheaper than other cloud storage offerings. [Check out the pricing structure here].

In fact companies like Dropbox actually build their service on top of S3, by providing a friendlier interface at the cost of adding a bit of a markup on top of the original S3 pricing.

And it’s the ‘friendly interface’ [or lack thereof] that’s the main problem with Amazon S3; basically the service offers you dirt cheap storage on Amazon’s servers and that’s about it. There’s a pretty basic web-based interface that allows you to manually upload files to S3 from your browser, but for any kind of automated backup, you’re going to have to look at one of the 3rd party applications which allow you to access your Amazon S3 storage in a much more user-friendly way.

There are several such apps about. I’ve tried a few of them in my time but the one I’m currently using and which I’d recommend as the most Mac-friendly is [Arq](http://www.haystacksoftware.com/arq/). Arq is not free. It costs $29 [£19] [30 day free trial available] but, in the long run, I’d say it’s the wiser option as you’ll make that amount back soon enough by using Arq as a frontend to your own S3 storage --as opposed to using a service like Dropbox, where you’re paying a premium to use their interface on top of their S3 storage account.

NOTE: my opinions on using Arq have changed. see this post for the latest. 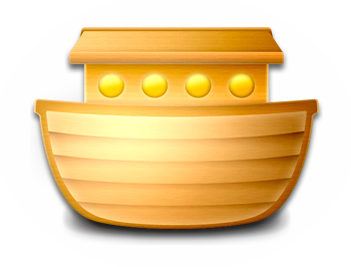 At the end of the day it comes down to a question of whether you’d rather pay slightly more for an out-of-the-box backup system [Dropbox], or pay less but have a bit more setting up to do for yourself [S3+Arq].

Of course, I’m always available to advise and/or help you set things up --whichever method you decide to go for.