As self-appointed “Person Who Stands at the Back, Pointing at Stuff” and general dogsbody for the Animation 2nd years stop-motion "Project Innocence" it fell to me to knock up lovingly hand-craft the stage, within which the ‘magic’ will take place.

A few weeks back me and Stefan did a bit of setting up cameras, fiddling with tripods, measuring distances etc. in the dirty room at college and arrived at a set of dimensions which constituted the maximum field of view we were going to work within. So, after scavv’ing a bundle of timber off Estates [cheers Mike!], last weekend, I got to work…​ 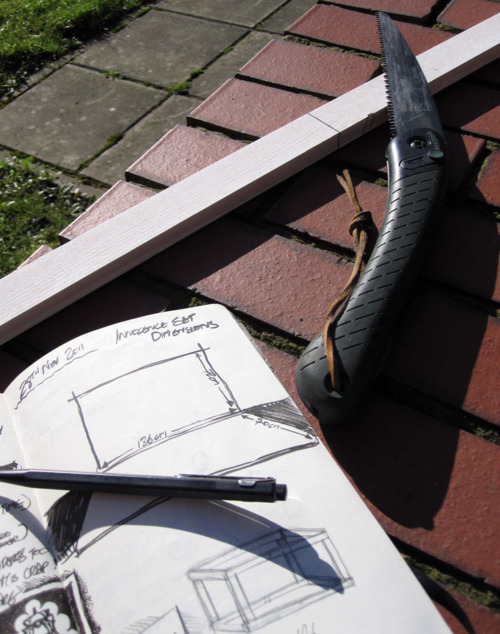 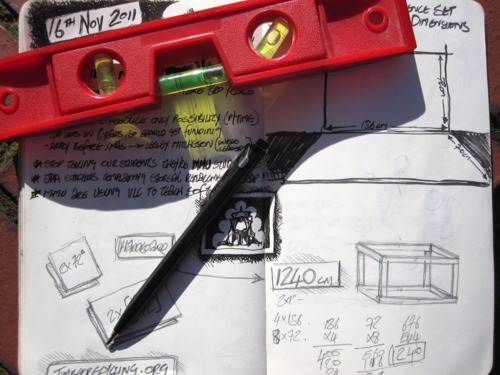 My students will be well aware of my oft-expressed incredulity on the fact that about 99,9% of them never seem to carry a pen or pencil. Well dear reader, this unpreparedness is apparently not limited to art students. My girlfriend is studying a fashion degree, so you’d think she might actually be able to lay her paws on the odd bit of sewing or dress-making equipment. But this is what she [eventually!] unearthed, when I asked to borrow a tape measure. 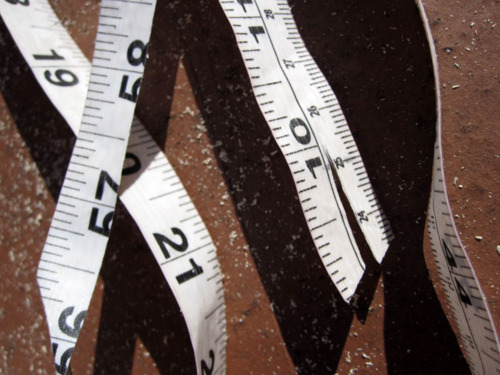 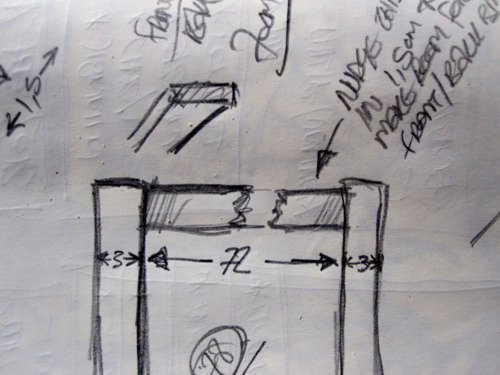 It’s good to get the chance to use some ‘proper’ art equipment, for a change, instead of messing about with namby-pamby computers. Mind you, it’s still not a patch on the fun I had with Oxy-Acetylene cutting torches during sculpture lessons, back when I was at Art College. 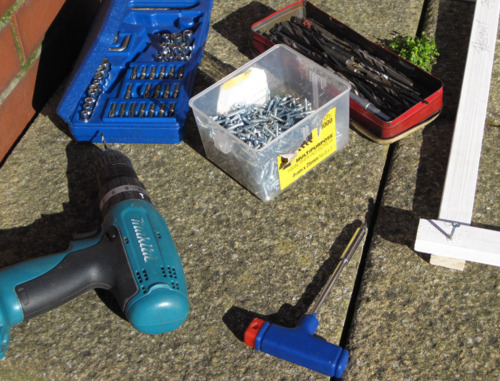 Much sawing, drilling and screwing [ooh er, missus!] later, I’d run out of timber, but was the proud father of this rickety wooden framework which, with the addition of a bit more cross-bracing and some hardboard panelling, will hopefully become the stage for "Project Innocence". 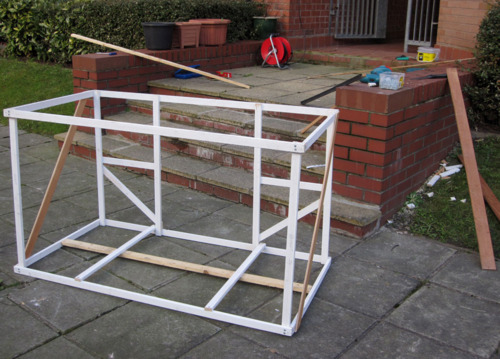