Yesterday we wheeled out our newly traditional Destroy Project with the 1st years, wherein they ‘destroy’ studio portraits of themselves. I didn’t have time to join in this year, but see last year’s write-up for more background info.

The results were mixed: some nice imaginative ideas and creativity on display but, as always, a lot of the work was let down by terrible hand-rendered typography.

Today’s task was a remix of the Destroy Project but with more focus on layout and typography:

Working from photos taken yesterday for the Destroy Project and given a pile of glossy magazines to hack away at, the students were charged with using collage to produce two mock-up magazine covers. One magazine was to be designed in the style of a high-class publication, the other in the style of a tacky tabloid-esque rag. The student would be the Cover Boy / Girl of the magazines. One of the covers would present a positive hagiographic article on the student. The other would present a dirt-diggingly critical front page.

Your Mission, Should You Choose to Accept It

My quick doodle on the whiteboard to illustrate the concept I wanted the students to wrestle with. In some ways, I actually prefer this to the other work I did for this task, as it has a kind of ‘off-the-cuff’ naive charm about it which I only ever seem to manage to achieve by accident --and even then, only on ephemeral materials such as whiteboards, beer mats or sleeping tramps. 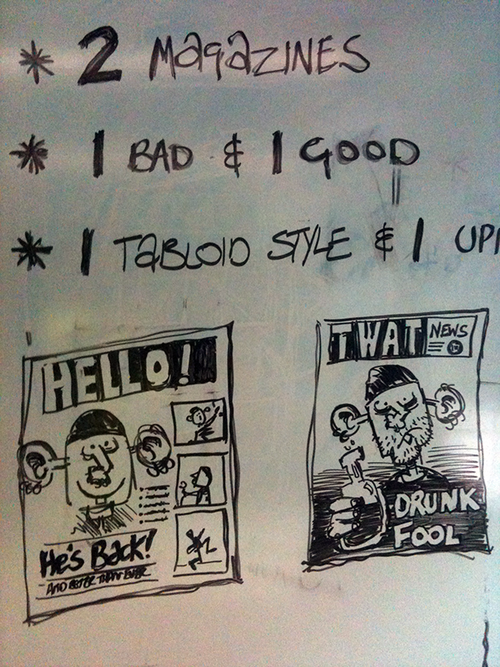 Once again Old father time, in the form of paperwork and assorted admin drivel meant I had to dip in and out of this one, so I only got one mag cover done: tabloid style and anti-“your favourite lecturer”.

Here’s what I produced:

[Oh, BTW, because I wasn’t able to join in yesterday, I was a bit limited in photos of my ugly mug to work from, but luckily I found a couple of useful ones on my phone which I pressed into action].

Quick mind-map, noting down a few characteristics about my good self which might be of interest to the arse-licking or poison-pen wielding wings of thepress. 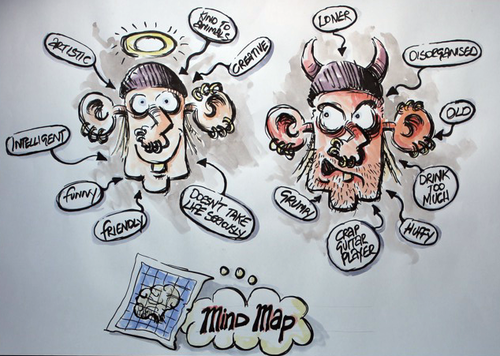 A few quick thumbnails to roughly plan the layout. No point in being too precise as we’re at the mercy of whatever additional material we can salvage from the various magazines on hand. 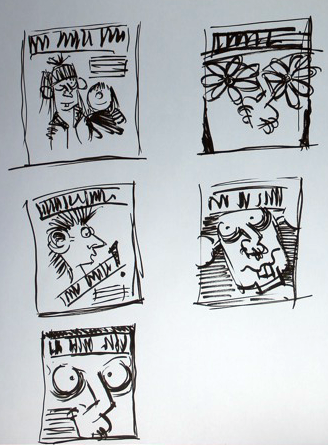 I was particularly chuffed with making “gurny” from the text on an advert for holidaying in Guernsey! 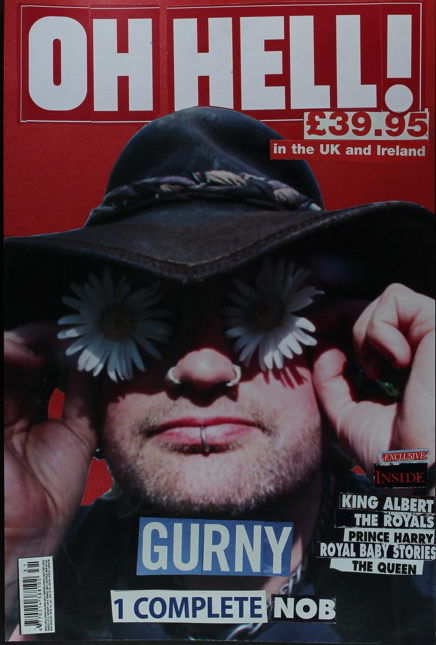