For the money –just over £22 when I got it on a limited time deal– this is a great wee gadget. However I had to return it as it didn’t suit my particular needs. 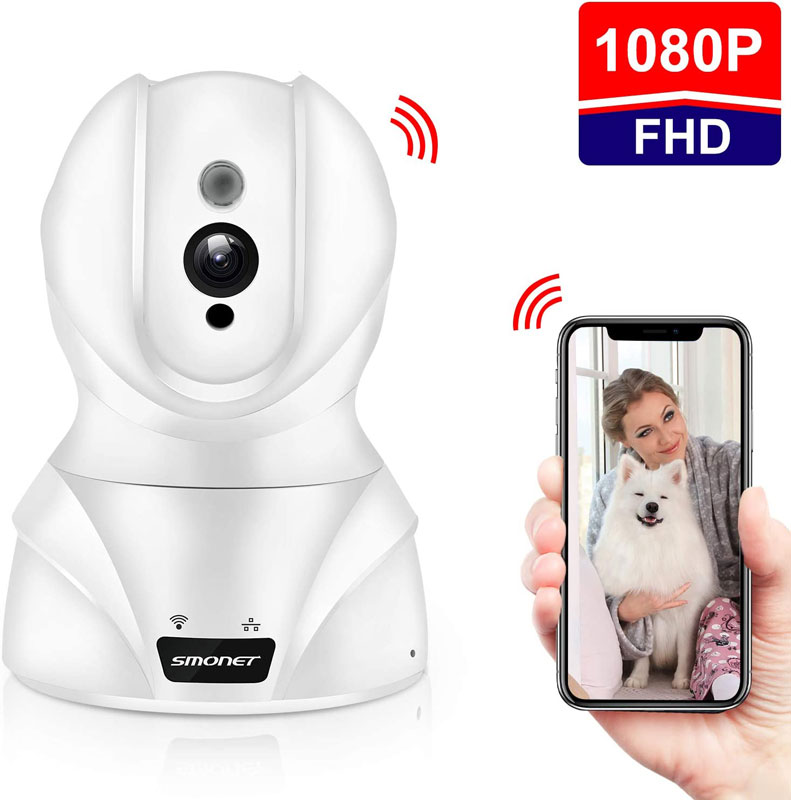 As others have said, it can be a bit of a pain to set up; if you’re a tech Luddite, because the instructions are in Chinglish, if you’re technically savvy [like me] because it assumes that you’ve set up your home network in a 'plug’n’play' configuration with lax security. I got there eventually but it did involve temporarily turning off security features of my home network until I got this camera setup, then re-enabling them.

Anyway, setup niggles aside, the device itself performs well. I had it setup in an upstairs room with several walls between it and my router and it never dropped the connection once. The smartphone app [Android, in my case] is a bit crude and I found it crashed when trying to playback recorded video with the player built into the app [but it’s easy enough to play them with another video playing app] and, annoyingly, there’s no option to choose to save recorded video to your phone’s external SD card. The save location is hard-wired into internal memory.

But, having set the device up looking out an upstairs window [I was aiming to record some ongoing anti-social behaviour in our street], it was fun to be able to sit downstairs in the livingroom and be able to pan & tilt the camera remotely and bore the missus with a running commentary of "That was a bus…​. That was a red car…​ That was a lorry…​" as the traffic passed by on the street outside.

The camera also has a zoom facility [I can’t remember the exact specs. About 4x or 5x I’d guess]. And this was also useful as, using pinch-to-zoom in the app, I could focus in on particular parts of the street scene outside. And that’s where my disappointment and ultimate decision to return this device set in.

Now, I knew for the bargain basement price that the zoom feature would be digital, rather than optical. But that was fair enough. It was still clear enough to narrow in on particular incidents to record evidence. So, I zoomed in on a few parts of the street and recorded some test footage. When I viewed it back however, I was disappointed to see that –even though you’ve zoomed in on the smartphone app– the camera still records all it’s footage at it’s full wide-angle.

In other words, the digital zooming is done entirely within the smartphone app by enlarging a section of the wide-angle footage being streamed from the camera –not on the camera itself, which only shoots at full wide-angle. I find that a bit misleading, given the mention of "digital zoom" in the description of the device itself and it rendered the gadget useless for my needs, as I needed to be able to zoom in on and record individual groups of people carrying out anti-social behaviour in the street. A massive wide-angle view of the entire street with all the miscreants as tiny specks in the distance is no use to me.

So, in summary. If you just want this to monitor a room or a relatively compact area like your yard or garden, this is probably a good cheap choice. But, if you need the ability to actually record what you’re seeing through the smartphone app, then you’d be better off looking elsewhere.

ASIDE: Here. This’ll make you laugh. When I was scouring Amazon to get the photos for this review, their state of the art cutting edge Artificial Intelligence engine suggested this: 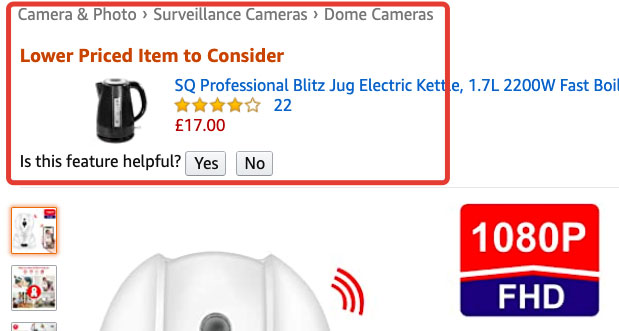 I’m not quite sure how a kettle is a viable substitute for a CCTV camera. Perhaps Amazon are suggesting a more 'mediaeval' approach to defending ones property?