On the various motoring and mechanical forums I frequent, my fellow-suffering car tinkerers are always raving about what a fantastic product brake cleaner is; not only for cleaning brakes, but for all manner of clean-up & decontaminating jobs around the motor and house. I’ve long fancied giving it a go but it’s usually pretty expensive stuff so I’ve never bothered buying any until I saw these 5 litre tins of Holts Brake Cleaner at a very reasonable price. 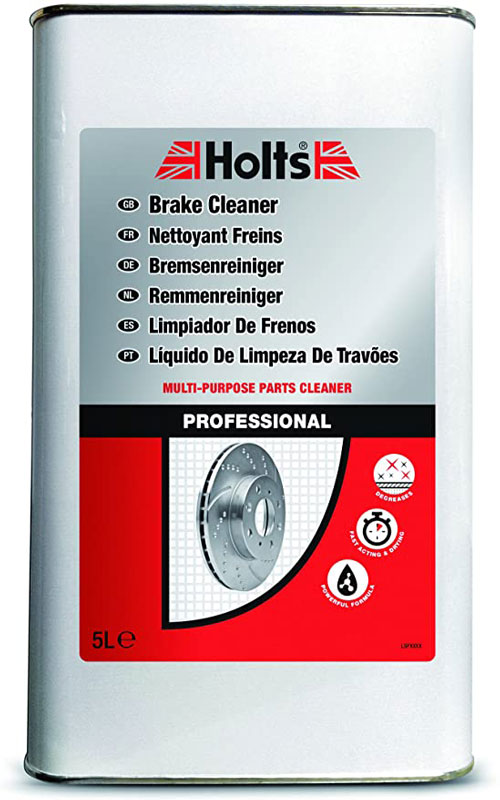 Maybe my fellow forum-ites have been guilty of hyperbole [most of them are American, after all!] or my expectations were too high, but I really was expecting something a bit more "miracle clean-all" than this. This Holts Brake Cleaner smells almost identical to those wee tins of petrol lighter fluid you get and has about the same cleaning power. ie. it’ll remove light oils and residues from surfaces, but with thicker gungier stuff, like old oil or road crud it’s only about as effective as wiping down with lighter fluid would be. You’ll need to do a lot of repeated scrubbing and rinsing to get whatever you’re working on properly clean.

I’ve still given it 3 stars as you get a fair bit for your money [especially if you think of it as a giant tin of lighter fluid!] and I’m also thinking that, as with a lot of once effective cleaning products, the original formulations may have fallen victim to the Health & Safety Gestapo. But, as I said at the top; it’s not quite the 'Secret Sauce' I’d been led to believe.