Even though these were a bit of a cheap 'no-brand' set [3 for the price of 1 well-known branded] I thought I’d take a punt, as the reviews were pretty good.

Impressions are mostly favourable. I’ve drilled a fair few holes [mostly in coins, so a variety of materials; steel, cupro-nickel, copper, etc] in metal of thicknesses up to a mm or two and they seem to have held up well. Nothing to indicate they are losing their sharpness so far. So top marks on that front. 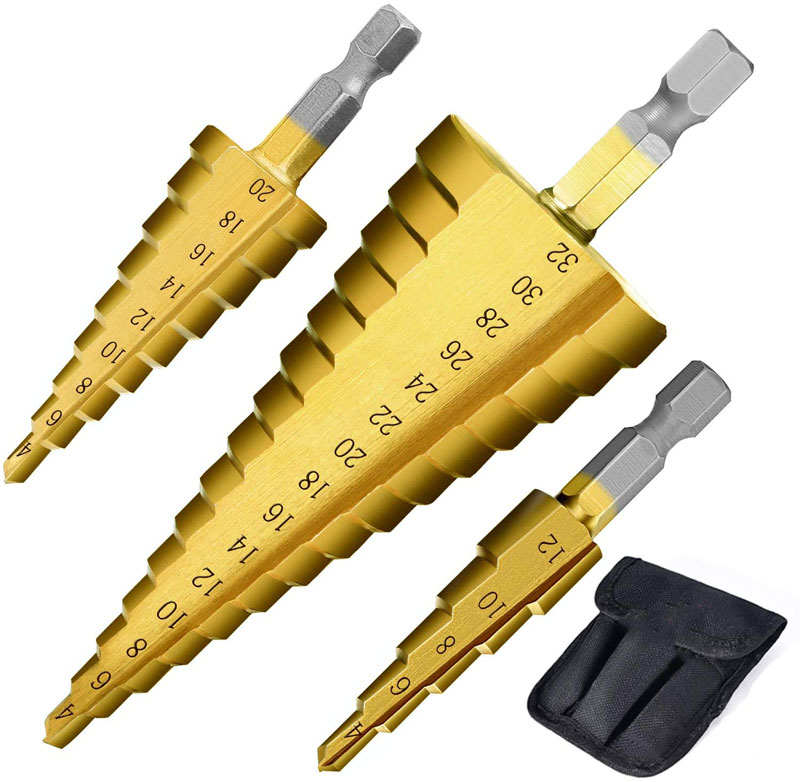 On the downside though, I think the profile of the bits could maybe do with being a bit less aggressive [maybe 4 slots instead of two] as, especially on the bigger sizes, they do have a tendency to catch when the bit jumps from one step size to the next one up. So I quite often have to back the bit out [luckily my drill has a reverse setting] and then try to gently persuade it to drill out the next hole size without sticking again.

I’ve also found that, although I start all my holes dead centre via a pilot hole, they do tend to have drifted off by a wee fraction each time. That may just be me being cac-handed and, obviously, its more noticeable when drilling on something wee like a coin than into something the size of a car or building where half a mm either way isn’t usually going to make much difference.